Beth started dancing at the age of 5 in her hometown of Kansas City, Missouri. She performed with the KC Tap & Musical Comedy Dance Company from 1985 - 1990. Beth spent many weekends on the regional and national dance competition circuit accumulating boxes full of trophies and ribbons. In high school, she trained in acting, voice and dance at Chapel Hill Chauncey Hall Summer Theater School in Waltham in 1988 and 1989. That experience along with numerous other performances, led her to the role of Annie in her Junior year musical.

Beth graduated Marquette University in 1994 with a B.A. in Anthropology and a Film Minor. While teaching and studying dance at the Kim Robards Dance Studio in Denver in 1996-97, she started looking at Masters Degree programs. She attended York University in Toronto and studied Anthropology of Dance/ Dance Feminism in the late 90s. Her masters thesis investigated the ways competition judges used gendered language to describe dancing bodies and how those words negatively impacted scores and final results for the young women who competed. While in Toronto, she co-produced a work with dancer/architect Ana Francisca de la Mora Campos. Their work was chosen for the 1999 Toronto fFIDA (fringe Festival of Independent Dance Artists) and was performed at other venues across the city, as well.

Upon relocating to Boston at the turn of the century, Beth had the good fortune of befriending Karen Krolak while promoting artists at Boston’s then major modern dance presenter, Dance Umbrella. She started dancing with Monkeyhouse and joined their 2001 Fringe Festival Tour. The tour took Monkeyhouse to Winnipeg, Minneapolis, New York City, San Francisco, and Boston. Beth became a Monkeyhouse board member in 2002 before moving to Chicago.

In the ensuing years, Beth worked for various non-profits in an administrative capacity. She currently works for the small town of Dover, Massachusetts as an Election Warden and Parks and Recreation Programming Assistant. In her spare time, you can find her improvising tap phrases in the gazebo or experimenting with her laser-cutter. She currently designs gifts and artwork for her solo business, Sprightly Sparks. Many of these experiments involve yarn and fiber. She owes a debt of gratitude to Karen, Amelia, and Nicole for introducing her to the sensory bounty of fiber art and the healing gifts of knitting. 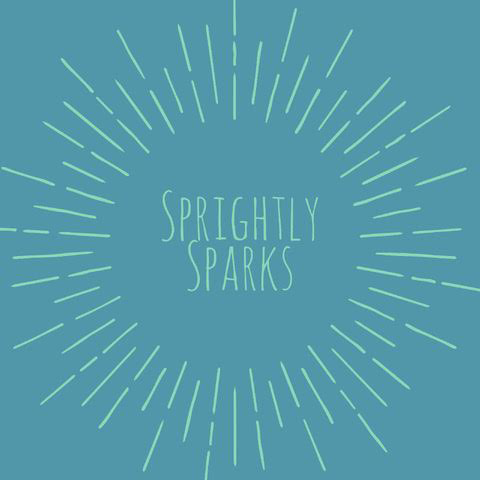