Thank you for supporting Monkeyhouse by hosting a fundraiser! There is LOTS of information here and many tips on making your fundraiser successful. Please don’t hesitate to reach out with any questions or if I can help in any way! Monkeyhouse Loves You!
-Nicole

I strongly recommend taking a little time to do some brainstorming and text writing before you actually open up Facebook. Create a document for yourself and answer the following questions to determine and refine the thing you are fundraising for and why. It will make putting together the campaign itself much easier if you have a bank of text to draw from.
Speaking of banks of text... You can find Monkeyhouse’s description of ourselves and some of our projects here:
Sample Text

This can be the least awesome part of putting together a campaign. How much money do you ask for? If you ask for too much people might get overwhelmed and not feel that their donation is worth it. But if you don’t ask for enough people may stop donating once you’ve reached your goal...

You want to create 3 goal numbers.

Here are a few things to think about in picking your numbers:

It’s time to open that browser and put together all of your big ideas! Don’t worry, I’ll walk you through it.

5. Choose an image! You can find Monkeyhouse generated images here as soon as I finish them. 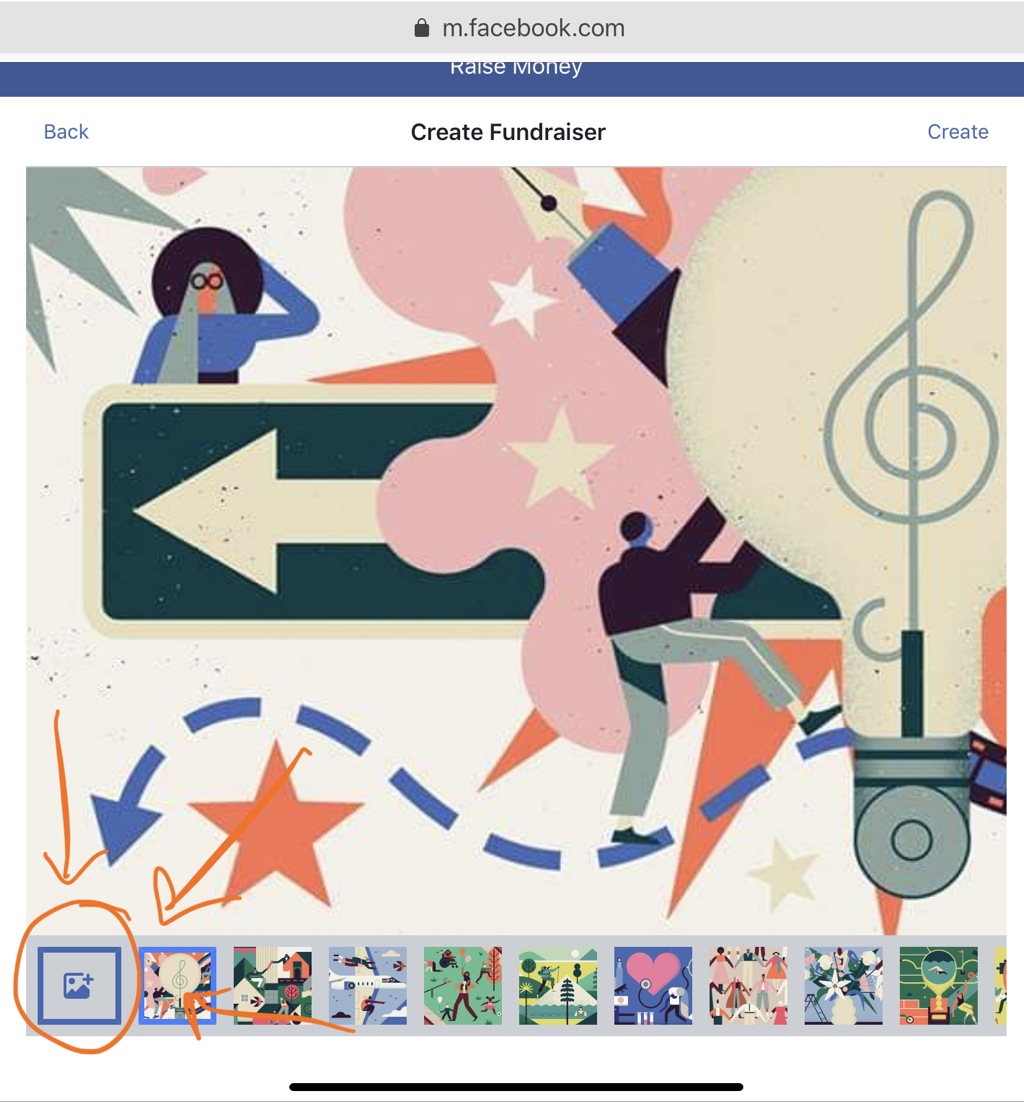 6. Time to put all that text together! There is some auto generated text (including a description of Monkeyhouse) that you can include but the things you came up with earlier are the real important things. A few tips:
7. ​Once you’ve entered the initial goal you just need to decide how long you want to run your fundraiser. This is up to you. The maintenance of a campaign is time consuming, so don’t pick a length of time that you can’t commit to. A one week campaign that is regularly updated and promoted is much more successful than a month long campaign that you forget about! 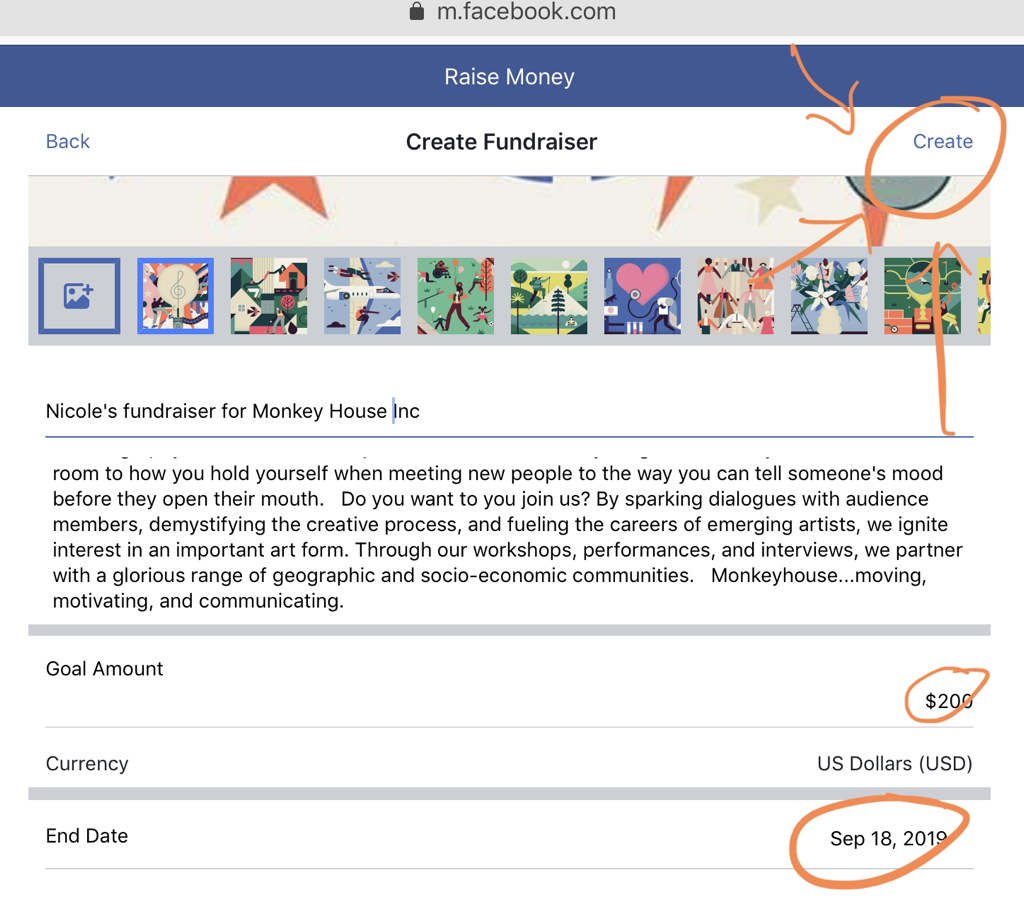 8. The final step in the creation process is to scroll back up and tap “Create”! Then your campaign will be live!

This is where the real work starts. Creating a beautiful campaign is only the beginning. Now people need to SEE it, fall in love with it and give us all their money.
A few “rules”
​A few other things about posts

Asking people for money is HARD. It’s uncomfortable and awkward and generally unpleasant. I promise, I feel the same way. However, we are only able to exist because of personal donations.