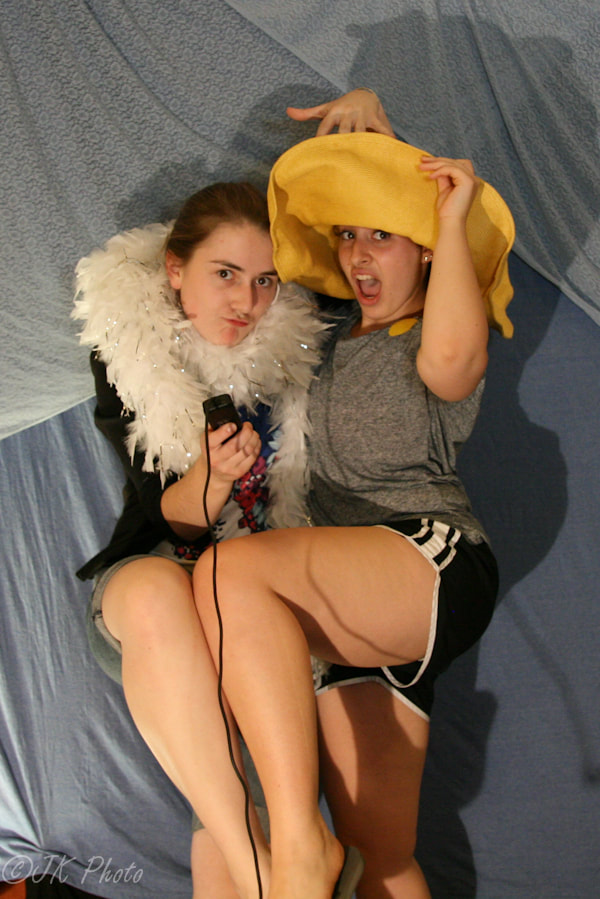 Katelyn Alcott with Laila Fatimi Photo by JK Photo
Katelyn Alcott is so excited to be interning with Monkeyhouse! Not only does she have great respect for her teacher (Nicole Harris), but also for the organization of which she is now a part of. The concept of bringing art, and in this case dance, into the lives of everyone is incredibly intriguing.
​
This year Katelyn will be the president of the Natick High School Speech Team, a team which she owes a great deal of herself to. She is also participating in her fourth year of NHS Drama and is so thrilled to be working with a group of people who love to make art.

Katelyn has been performing for as long as she can remember. And no, that does not mean she has been standing on a stage for all that long. Katelyn is a frequent living-room performer and her kitchen is her number one fan.

Though Katelyn's credentials may not be exceptional, she feels that it is her heart and soul that will one day allow for her to shine. Katelyn into getting in touch with the inner-workings of her mind, especially when she doesn't understand them. Katelyn may seem a tad "out-there" but her heart is in the right place, and when she gets her head to line up it is pretty nifty.

Her favorite quote is "I'm glad I found people who are as weird as I am" and she wears it engraved on a silver bracelet around her wrist.