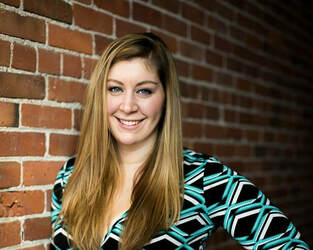 Kimberleigh A. Holman is an artist working interdisciplinarily in dance, theatre and design. Her work gravitates to the exploration of human social interaction and behavior, both real and fictitious, miniscule instances or broad patterns, through comedic, dark, sensory or abstract narrative. As a mover and maker, one of her biggest considerations is authenticity; she hopes to enable those performing her work to find genuine ways to be present in the performance space and hopes to inspire viewers to react in genuinely felt ways of their own. Kim excitedly creates work around these principles for Luminarium, where she also leads the company’s Arts in Action Project; an annual outreach program that strives to make social impact through youth arts experiences.

Besides nearly 80 performances with Luminarium across New England, Kim has been invited to choreograph for commercials and film, dozens of theatrical productions across Boston, and to bring her work to stages ranging from public library basements, to the Museum of Fine Arts, to the globally renowned APAP conference in NYC. Kim is frequently hired as a guest artist at Boston-area universities, speaks on her career as an arts entrepreneur, and serves on Green Street Studios’ board. Some favorite recent projects include collaborating on a performance piece by Adara Meyers (Boston Center for the Arts, 2018), and a research and performance project where Holman traveled up the Eastern Seaboard, performing in public locations in each of the fifteen East Coast states. Kim earned her MFA in Interdisciplinary Arts/Performance Creation from Goddard College. More at kaholman.com.
Interview with Kim from 3/2019
Kim is an
Against the Odds: Quarantine Edition
Artist